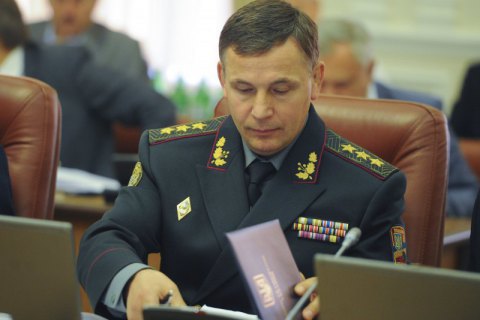 The Head of the State Guard Valeriy Heletey denied the reports about alleged attempted assassinations of the former President Viktor Yanukovych during his flight from the Ukraine.

The recent official probe has not found a single piece of proof of an attempted attack on Yanukovych. ''All the bodyguards in Yanukovych's last cortege, who refused to leave Ukraine together with their chief, have denied this," Heletey said in an interview with Today daily published on Friday, 6 January.

At the same time, Heletey did not rule out that the chief bodyguard of the ex-president, Kostyantyn Kobzar, could have given false reports of alleged attempted assassinations. "He knew the character of Yanukovych and his phobias all too well. He spared no efforts to whip up his chief's feelings of insecurity, on the one hand; and enhance own importance in the eyes of the protected person," Heletey said.

Yanukovych and his defence have earlier stated the repeated attempts to kill the former head of state on his way from his residence Mezhyhiryia to Russia in the period from 21 to 23 February, 2014.

In particular, Yanukovych said that his motorcade was crisscrossed with small arms fire in Kyiv on February 21. After that, Oleksandr Turchynov has allegedly threatened to raise the fighters against the helicopter that took the former president from Kharkiv to Donetsk, Yanukovych said.

Finally, on 22 February, the motorcade of Yanukovych was allegedly nearly ambushed by "men, armed with automatic weapons."