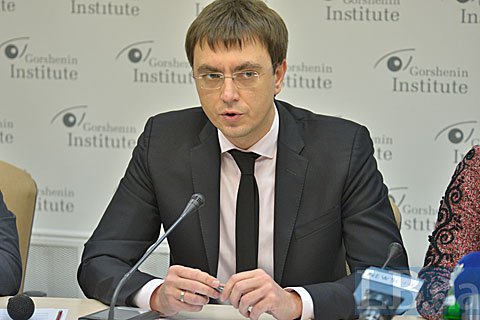 "Today, we will complete the work on the documents about major violations that, in our opinion, are taking place at Ukrzaliznytsya. Tomorrow we will officially hand them over to law-enforcement authorities. I hope criminal investigations will show whether certain individuals in Ukrzaliznytsya are involved in corruption or not," he said.

Omelyan said the materials, related among other things to alleged corruption links and abuse during public procurement, will be sent to all law-enforcement agencies: the National Anticorruption Bureau, the Security Service of Ukraine, the Prosecutor General's Office and the National Police.

"There is evidence of massive abuse during the procurement of diesel fuel. We have established that the losses inflicted on the state during each tender run into tens of millions of hryvnyas," he said.

In mid-January, Infrastructure Minister Volodymyr Omelyan in an angered exchange said he had voted against appointing Wojciech Balczun as Ukrzaliznytsya chief. Omelyan criticized his performance, calling the Polish manager a "whimsical showman" and a "straw man". The scandal broke lose after the government decided to overtake control of Ukrzaliznytsya from the Infrastructure Ministry.

Balczun in response accused Omelyan of sabotaging Ukrzaliznytsya "at the highest ministerial level" and stressed that "only a blind man" may refuse to admit the recent success of Ukrzaliznytsya.

Polish top manager Wojciech Balczun, who in his time headed the Polish Railways PKP Cargo, was appointed head of the Ukrainian railways in the spring 2016.