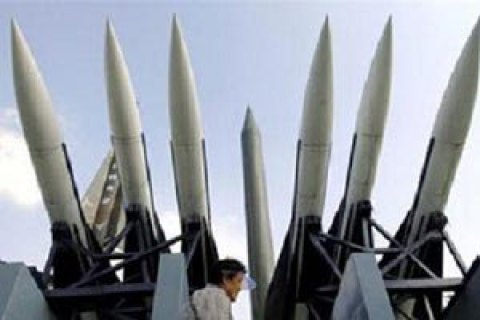 In the early 1990s, Ukraine did not stand a chance to retain its nuclear arsenal but could have tried to trade it for membership of NATO or a bilateral defence alliance with the United States, an expert in international affairs, Mykola Kapitonenko, has said in his blog entitled "The right way to give up on nuclear weapons" on LB.ua.

"Ukraine has given up its nuclear arsenal in exchange for a mere promise that it would not be attacked, while the really important thing was to obtain firm guarantees of security, the best of which would be a membership of NATO, or, as the second best option, a bilateral defence alliance with the United States," the expert suggested.

Kapitonenko recalled that under the terms of the Budapest Memorandum, Ukraine renounced the nuclear arsenal it had inherited from the Soviet Union in exchange for guarantees of security and territorial integrity.

In his opinion, Ukraine did not have a chance to retain nuclear weapons. "The great nuclear powers have again demonstrated a consensus on this issue, and it boiled down to the long-known principle: there should be as few nuclear powers as possible. The common pressure made the price of retaining the nuclear arsenal prohibitively high," the expert said.

"Essentially, Ukraine would not be able to retain its nuclear capability, which does not mean that the conditions for abandoning it could not be different," concludes Kapitonenko.

On 5 December 1994, at the OSCE conference in Budapest, Belarus, Kazakhstan and Ukraine joined the Treaty on the Non-Proliferation of Nuclear Weapons and signed the Budapest Memorandum on Security Assurances. The Memorandum was originally signed by three nuclear powers: the Russian Federation, the USA and the United Kingdom. The memorandum provided security assurances against threats or use of force against the territorial integrity or political independence of Ukraine, Belarus and Kazakhstan.