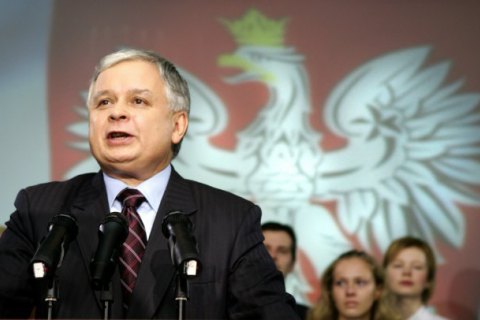 The leader of the ruling Polish party Law and Justice, Jaroslaw Kaczynski, has criticized Ukraine for the glorification of the leader of the Organization of Ukrainian Nationalists, Stepan Bandera.

The site tvp.info shared a series of quotes from Kaczynski's interview with the Do Rzeczy weekly.

The politician, in particular, said that Poland would not tolerate the fostered in Ukraine "cult of the people who have committed the genocide against Poles".

"While it was hard to beat the Germans in brutality, those people surpassed them. In a word, it is Ukraine's choice. I have told Mr. President Poroshenko that they will not join Europe with Bandera. For me, it's a sure thing. We showed a lot of patience, but there's a limit to any patience," Kaczynski said.

Earlier, Kaczynski said the OUN issue would be decisive to Poland's relations with Ukraine.