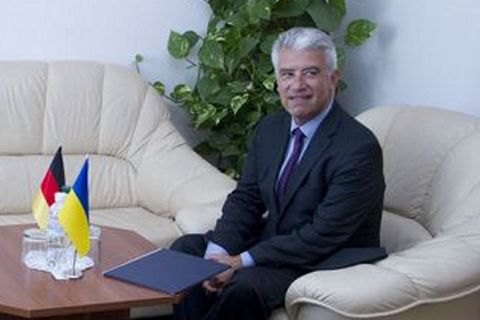 The ambassador of Germany has been summoned to the Foreign Ministry of Ukraine for explanations concerning his statements earlier today on the possible terms of Donbas elections he had expressed in an interview published on 7 January, LB.ua has learned from the Foreign Ministry's press service.

German ambassador to Ukraine Ernst Reichel did not rule out that the elections in the occupied part of Donbas can be held in the presence of Russian troops there.

"It is not necessarily that the elections in Donbas can take place only when there will are no Russian troops or with a Ukrainian flag on every city administration building," the ambassador said in an interview with RBC-Ukraine.

She also called on deputies and diplomats to boycott the scheduled for Tuesday reception at the German embassy in Kyiv on the occasion of the anniversary of the establishment of diplomatic relations with Ukraine.