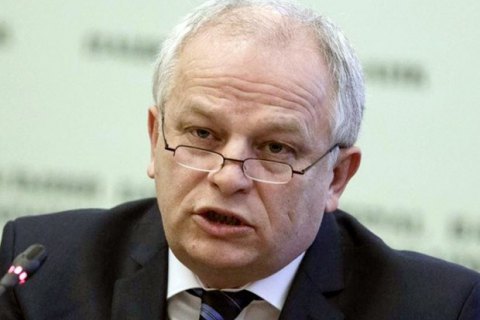 Ukraine will fail in the international agricultural market unless it protects domestic producers, who found themselves in dire financial straits amid the war and the devaluation of the national currency, as is the case with the agricultural holding Ukrlandfarming, First Deputy Prime Minister Stepan Kubiv told a roundtable on 6 February on the free trade agreement between Canada and Ukraine.

Ukraine's Ministry of Economic Development and Trade (MEDT) has no right to influence the National Bank of Ukraine (NBU), which is independent of the government. However, the ministry may express its concern about the current showdown between Ukrlandfarming's owner Oleh Bakhmatyuk and the NBU "in terms of the assessment of economic processes," Hubs.ua quoted him as saying.

He said the central bank should take into account the situation on the nation's financial market, in particular the exchange rate of the hryvnya against the dollar tripled in the past few years.

"One also needs to take into account the changing market. We have a war in the east, many business people (not just Bakhmatyuk) have lost their businesses in the occupied territories. Twenty per cent of the economy is lost," Kubiv recalled.

The official stressed that cases like Bakhmatyuk's need not a formal but "wise and business-like" approach.

"Every Ukrainian manufacturer must be protected. Because only the development of its own manufacturing sector will allow us to compete in the European and American international markets," the first deputy prime minister stressed.

Kubiv stressed that the cabinet, for its part, would support a variety of steps aimed at finding compromise solutions to uphold the largest Ukrainian producer of agricultural products.

"The government should step up efforts to support domestic producers, raise the standards of our products to international standards. Accordingly, domestic products must be competitive in global markets. During my visit to India with 1.5bn people of population I saw a huge market. India, Nepal, Bangladesh are waiting for us, there is a great opportunity out there," he said.

The owner of the largest Ukrainian agricultural holding Ukrlandfarming, Oleh Bakhmatyuk, addressed the president and the prime minister, saying that the National Bank of Ukraine had refused to negotiate the restructuring of the loans of the indebted company, thereby blocking its talks with international investors. Bakhmatyuk said he was ready to restructure the debt on terms even stricter than those that the state had offered to the former stakeholders of Privatbank.

Prime Minister Volodymyr Groysman has said he was ready to support domestic producers and would not allow the NBU to harass Ukrlandfarming.

The head of the Deposits Guarantee Fund, Kostyantyn Vorushylin, spoke in favour of restructuring Ukrlandfarming's debts. "Bakhmatyuk and Zhevaho took loans for their own businesses, but they also invested in the economy. I believe that the owners must be given a chance to pay off the debts in two or three, or even five or 10 years," he said.

NBU governor Valeriya Hontareva said that the central bank was not considering the restructuring of the company's loans through refinancing, as it was allegedly not provided for by the legislation.