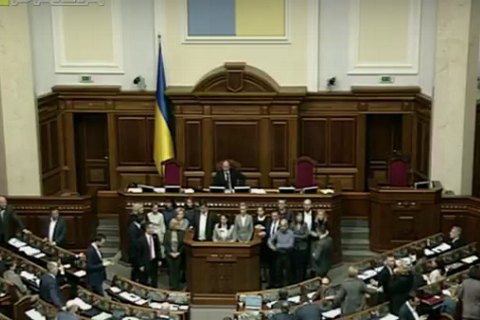 The head of the parliamentary committee on foreign affairs, Hanna Hopko, surrounded by a group of about 20 MPs at the parliamentary rostrum, has demanded that the Ukrainian Foreign Ministry summon German ambassador Ernst Reichel to explain his remarks that elections can be held on the occupied territory of Donbas even in the presence of Russian troops.

On behalf of the committees on foreign affairs and European Integration, Hopko expressed confidence that Reichel's position does not reflect the position of Germany.

She also called on MPs and diplomats to boycott the scheduled for Tuesday reception at the German embassy in Kyiv on the occasion of the anniversary of the establishment of diplomatic relations between Germany and Ukraine.