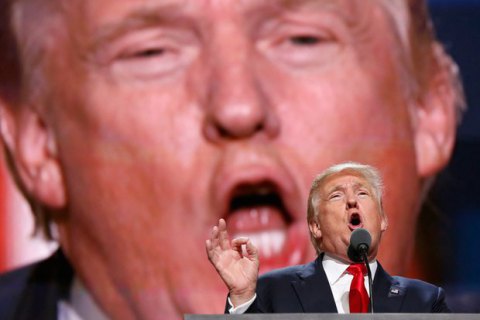 President Donald Trump said he was not insulted by the onslaught of pro-Russian forces in Donbas immediately after a telephone conversation with Russian President Vladimir Putin.

"No, I did not [take it as an insult] because we do not know exactly what are those forces. We do not know whether they are uncontrolled. This also happens. I'll be surprised if this is the case, but we'll find out," Trump said.

In the same interview with Fox TV's Bill O'Reilly, the host asked Trump about his attitude to Putin. When Trump said that he respects Putin, O'Reilly observed: "But he's a killer."

The Kremlin on Monday demanded that the Fox News host apologize for calling the Russian president a “killer.”

“We believe that such a statement ... was insulting and impermissible,” Russian presidential spokesman Dmitriy Peskov told reporters.