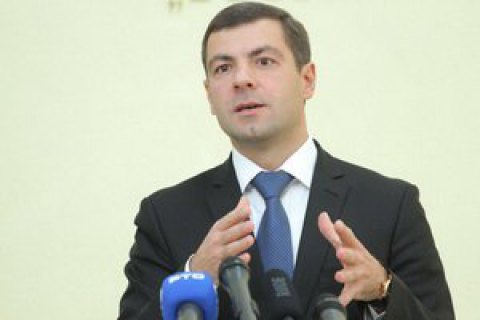 Prosecutor-General's Office suspects the former deputy head of Viktor Yanukovych's presidential administration, Yuriy Chmyr, of the involvement in the violent dispersal of Euromaidan protest rally in 2014.

Kyiv's Pechersk district court ruled on 31 January to grant the request of PGO's Department of Special Investigations and give prosecutors full access to the logs of the mobile conversations of the ex-deputy head of the AP.

"This probe, in particular, looked into the circumstances of the organization and conduct of the 18 and 19 February 2014 the violent clampdown in the central part of Kyiv by the riot squads of the Security Service and the Interior Ministry of Ukraine. The pre-trial investigation has found that the former deputy head of the Presidential Administration of Ukraine for humanitarian affairs was involved in the violent dispersal of protester in Kyiv on 18 and 19 February, 2014," the court ruling reads.

The court granted the PGO's request.

The chairman of the Sumy Regional State Administration Yuriy Chmyr in December 2013 was appointed the deputy head of the Yanukovych' administration.

Sonya Koshkina in her book Maidan. An Untold Story says that in the winter of 2014, Chmyr became one of the important channels of communication of the crumbling regime of Yanukovych with the Russian authorities, in particular with the then Russian ambassador to Kyiv Zurabov.