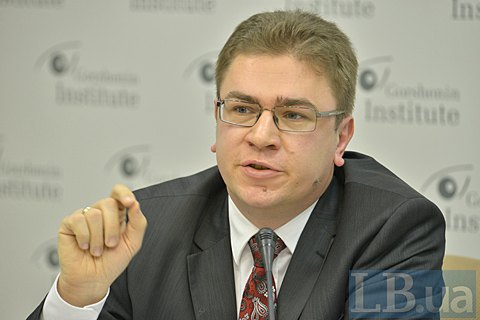 Polish historian and publicist, Lukasz Adamski, said that the Poles fear not of the cult of Stepan Bandera in Ukraine but rather false representation of the conflict between Ukrainians and Poles during the Second World War.

"I looked at the polls, for example, by the Rating Group. In 2012, 22% of Ukrainians viewed this figure positively, in 2014 - 31%, in November 2016 - 35%. That is an evident trend, moreover, the younger generation of Ukrainians perceive this figure increasingly positive, and that what the Poles are being afraid of," the Polish historian said at a roundtable conference in Gorshenin Institute on 8 February.

"Polish politicians and experts like myself are afraid not of the cult of Bandera. We are afraid that the false ideas about the course of the Ukrainian-Polish conflict in the Second World War may take roots in the historical consciousness of Ukrainians," he said in response to Ukrainian historian Oleksandr Zinchenko who argued that there is no cult of Bandera in Ukraine.

Adamski said that the Ukrainian Institute of National Memory is trying to represent UPA's anti-Polish atrocities as "some kind of Ukrainian-Polish war," which Polish society cannot accept.

"Polish politicians have their own agenda, they have their constituencies and they should take care of Polish interests. Meanwhile, the Polish society needs the Ukrainian policy in relation to the OUN to change. I am not sure if it is realistic or not, but that's what they want," Adamski said.

The historian believes it's not just Ukrainian business whom Ukrainians consider heroes.

"First of all, the history is common and it always concerns the Poles, Russians, Jews and Ukrainians. Second of all, Ukraine is not living on its own, it lives in an international environment. Ukraine is struggling with the Russian aggression, it is in a very weak position and badly needs allies. The question arises: does Ukrainian politics of memory encourages the support of Ukraine by Polish politicians, or, on the contrary, suggests non-interference?" Adamski concluded.