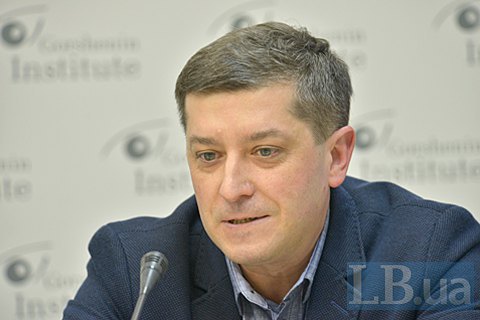 Polish journalist Piotr Andrusieczko of Gazeta Wyborcza believes that the historical differences will have no serious impact on the relations between Ukraine and Poland.

Speaking at a roundtable in Gorshenin Institute on 9 February, Andrusieczko said that back in 2013 it was evident that the historical contradictions between Ukraine and Poland will remain and have an impact on the relations between the two countries. The Dignity Revolution and the war in Donbas put these disagreements on the backburner for a while, but by late 2014 the differences have surfaced again.

"In Poland, there have always been people who raised this historical issue, but they were considered marginals at the time. Now their ideas have become part of the political mainstream in Poland," he said.

"Honestly, I do not know what to do this situation. In terms of economic relations and political support, anything serious is going to change in Poland. There are plans to increase military and technological cooperation. Polish politicians will always support the integrity of Ukraine. But I have no idea what needs to be done about those historical issues. It is up to historians," Andrusieczko said.