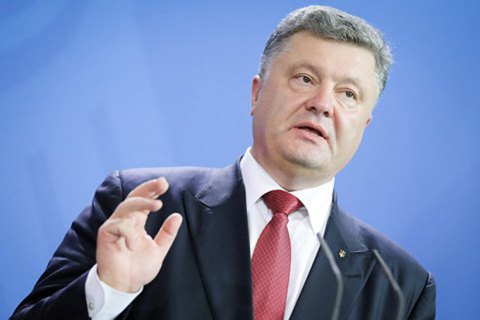 President Petro Poroshenko insists that the elections in Donbas are impossible without the withdrawal of Russian troops.

At a joint briefing with Greek Prime Minister Alexis Tsipras on 9 February, Petro Poroshenko commented an earlier statement of Ambassador of Germany in Ukraine Ernst Reichel:

"The holding of elections in an occupied territory in the presence of foreign occupation troops is absolutely impossible," said Poroshenko.

The head of state said it is impossible to compare the situation in the east of Ukraine with the situation in East Germany, because the Soviet troops were deployed in the DDR at its consent.

"One can draw certain parallels with the Russian navy base in Sevastopol. We have repeatedly held elections there when Russian forces were deployed at the base in Sevastopol on Ukraine's permission. But is absolutely unacceptable when an occupation force tries to impose the holding of elections at gunpoint," said the president of Ukraine.

Official Berlin, meanwhile, supported the statement of Reichel. Germany's foreign ministry made it clear that the conduct of elections is possible, but only after Kyiv and Moscow agree on the conditions of their conduct.

Meanwhile, Ukraine can regain control of its state border in the occupied territories only upon the completion of the implementation of the Minsk agreements, Germany says.