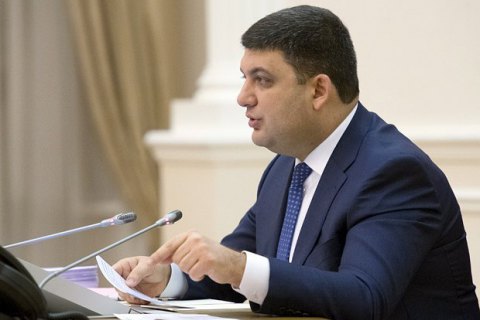 Prime Minister Volodymyr Groysman has flatly ruled out a possibility of a sharp increase in the gas prices for households by 40% since April.

"I will not allow any increase in gas tariffs for the population. Those talking about a possible 40% hike in prices, have either work harder or resign," Groysman told a Cabinet meeting on 15 February.

Earlier, the commercial director of the Naftogaz Group Yuriy Vitrenko said in an article that utility gas tariffs may see a 40% increase after 1 April. He said the size of tariffs depends on the outcome of a dispute with the Russian Gazprom in the Stockholm arbitration.

Last may, Ukraine set a single price for the population at UAH 6.9 per one cubic meter.

The increase in gas tariff was a part of Ukraine's commitments before the IMF. The previous Cabinet had planned to implement the policy in 2017, but the government of Volodymyr Groysman argued that the 2016 increase will eventually bring the tariffs to a market level.