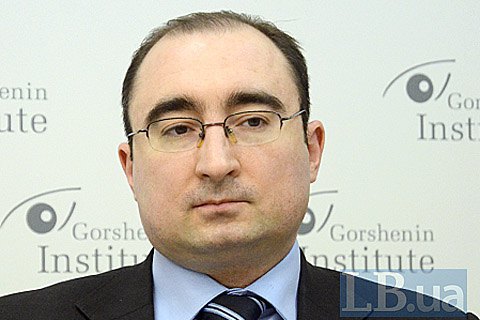 The executive director of the Centre for Social and Economic Research (CASE), Dmytro Boyarchuk, has said that no easy requirements of the International Monetary Fund for Ukraine have been left.

Speaking at a roundtable in Gorshenin Institute on 16 February, Boyarchuk said that any of the first two points of the September version of the IMF memorandum concerning the enhanced targeting of social assistance and the introduction of the land market are in fact no less in scale than raising gas and heating tariffs.

Ukraine has for 20 years been trying to improve the system of targeted social assistance though with little success. "I'm not even talking about the land market: as soon as the [IMF] memorandum has surfaced, the moratorium [on the land sale] was extended," he said.

Other IMF requirements like pension reform and the reform of the simplified tax system also require very serious decisions and fraught with collapsing the government's ratings, he said.

In the opinion of Boyarchuk, the easiest task for the government would be to introduce the farmland market.

"The most realistic is the introduction of the land market. In terms of infrastructure and basic things, everything is ready. The only remaining things are political aspects," he said.

Ukraine is expected to receive the fourth tranche in late February or early March.