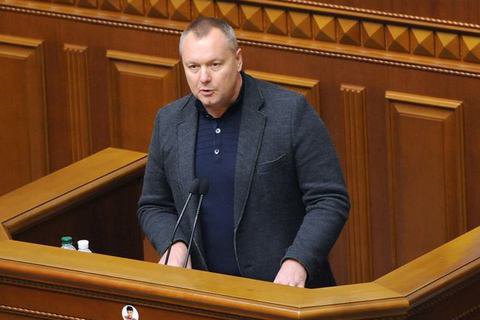 According to him, Ukraine has to choose between the Korean-type division into two hostile parts and the way of compromise.

"Either building a wall on the border with "L/DPR" and Crimea and completely sever diplomatic ties, to declare war and fight Russia until the last Ukrainian soldier, or (my idea) a compromise for all parties. It should reflect our national interests but allow all parties to withdraw from the conflict with the saved face," he said.

The lawmaker cited the examples the resolution of disputes over the Panama Canal and in Hong Kong. All it took, Artemenko said, was to find two right leaders "who sat down at the negotiating table and agreed.

The MP stressed that his peace plan provides for maintaining the borders of 1991, but with the introduction of external management at the presently occupied territories.

"The basis for a peaceful settlement on the peninsula [Crimea] can be, the double sovereignty or international administration during the transition period ... The peninsula cannot be leased out, it is the territory of Ukraine. We can talk about the temporary use of certain infrastructure objects. International law has the term "international lease of territory". It may involve the use of, for example, the base of the Black Sea Fleet," he said.

The lawmaker stressed that in legal terms, a part of the city was in fact leased out to accommodate Russia's Black Sea Fleet in the late 90s. It that was a crime, then the second president of Ukraine, Leonid Kuchma, should face charges as well.

"If the problem of Crimea is resolved quickly, we can offer to resolve the problems of Donbass through the introduction of an international interim administration under the leadership of the OSCE. In two years, it will restore the rule of law in these areas and adapt them to democratic elections. The amnesty will take place simultaneously with the creation of an international tribunal. Constitutional reform must be comprehensive and not only deal with the occupied territories of Donetsk and Luhansk. All the key issues have to be resolved in Ukraine," Artemenko said.

He stressed that another important point of his plan would be Ukraine's refusal from NATO accession plans inasmuch as Ukraine cannot become an Alliance member with unresolved territorial conflict.

"I believe that the proclamation of non-aligned status will remove a major obstacle to a compromise with the Russian Federation. We must make the effort to switch from the logic of conflict to the logic of peace. Ukrainians want peace and there is a chance to achieve it this year," Artemenko said.