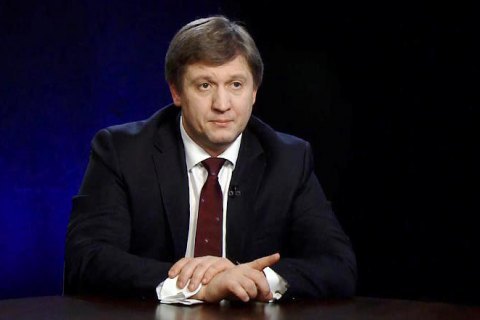 Finance Minister Oleksandr Danyluk told LIGA,net about how Ukraine is going to fulfil its basic obligations before the International Monetary Fund.

In an interview, published on Monday, Danyluk said that Ukraine is in the process of agreeing the details of the memorandum with the Fund.

Talking on the problem of the deficit of the Pension Fund, the minister said that the emphasis will be made on increasing the revenues.

"Those who currently do not pay social security contributions will be required to do this. We are also discussing increasing the pensionable service," he said.

Danyluk said that the simplified tax system will not be eliminated entirely.

"It is not on the agenda. Many countries have a simplified tax system. The main thing is to minimize abuse, preventing the big business from using the loopholes. Retail networks or brand shops should be withdrawn from the simplified taxation system. With proper and efficient operation of State fiscal service that could be done right away, without any changes to the law," said the minister.

He ruled out that the tax authorities will get a greater access to banking secrecy any time soon.

"I think that sooner or later they will be provided full the access to the accounts, but not now. Otherwise, this will be the end of bank secrecy as such. First, we need to stop all the possibilities of leakage of information from fiscal agencies to people with unclear objectives," said Danyluk.

The minister stated in favor of a "most open market," the mechanism for the introduction of which is being debated.

On utility tariffs, Danylyuk said that the government is considered options of revising utility gas tariffs every six months and adjust them depending of prices on global market - both downward and upward.