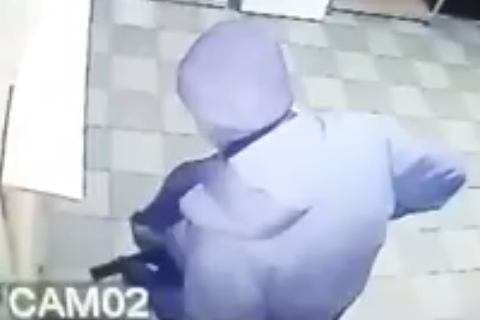 Police officers got wounded on Monday during the detention of a person who was suspected of an attempted armed robbery of a pawn shop in Chernihiv.

The head of the National Police, Serhiy Knyazev, said in a Facebook report that the suspect on 24 February at 20:05 during an attempted robbery fired his silencer-equipped machine gun in the air and then at an employee of a pawn shop, and fled the scene without stealing anything.

The pawnshop employee received a gunshot wound in the head and was hospitalized.

"The criminal investigation and special task force on Monday stormed the apartment where the fugitive offender was supposed to be hiding. During the assault, the suspect threw a hand grenade and wounded two policemen. One of them, a 38-year-old police major, a KORD commando, was seriously wounded in the stomach and hospitalized," Knyazev said.

Last week, a police officer was wounded in Sumy during the arrest of a former Security Service of Ukraine officer who had attempted to rob an ATM.