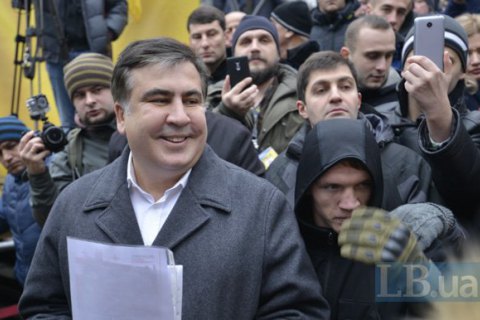 "This seemingly a small change makes our Movement one step closer to the formation of a fundamentally new political class in the country," he said.

The MNF was established as a social movement in November 2016. At the very first meeting of the MNF Saakashvili demanded early elections to the Verkhovna Rada on a new electoral law, under a new composition of the Central Election Commission and with the abolition of parliamentary immunity.

In the summer of 2016, the supporters of Saakashvili announced the establishment of the Khvylya (Wave) party, but Saakashavili disowned it in November, saying "Khvylya is a process, and process cannot be a party."