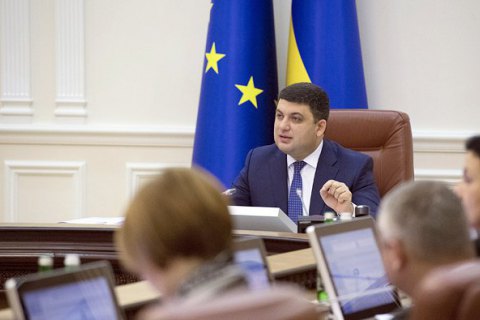 The Cabinet of Ministers at its meeting on Wednesday, 1 March, approved the procedure for movement of goods across the demarcation line to and from the occupied territories of Donetsk and Luhansk regions.

"The procedure will ensure movement of goods - rather than trade – for enterprises that provide economic growth," stressed the Minister of Occupied Territories Vadym Chernysh.

According to RBC-Ukraine, the document stipulates that individuals will be able to transport goods in hand luggage, and/or accompanying baggage truck according to the list and in volumes, approved by the Ministry of the Temporarily Occupied Territories and Internally Displaced Persons.

The companies transporting goods should be included in a special list, established by a coordination center and approved by the State Fiscal Service.

The Ministry of Coal should provide the coordination center with the list of energy companies that use coal for power generation.

The transportation of coal across the contact line should carried out by rail through the defined checkpoints of entry/exit.

Chernyshov said his ministry and the Ministry of Economic Development should shortly develop a list of products that, according to Prime Minister Groysman "are absolutely critical to the mining, energy and heating companies."

In January, social activists started a blockade of the railway communication with the territories controlled by Ukraine and ORDLO (uncontrolled areas of the Donetsk and Luhansk regions). The have blocked three railway lines linking Ukraine with the occupied territories in Donbas.