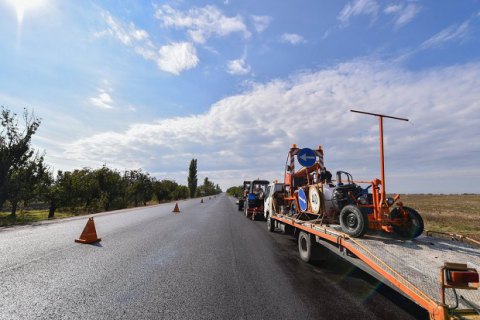 The government has extended to the whole territory of Ukraine the experiment on financing road repairs due to above-plan customs revenues.

The Cabinet of Ministers at a meeting on Wednesday adopted the resolution pursuant to the law passed by the Verkhovna Rada late last year.

The experiment on the development of public roads in Volyn, Lviv, Odesa and Chernivtsi regions and Kyiv started on 1 September 2015.

Today's resolution expands the experiment on the whole territory of Ukraine and extend its validity until 1 January 2018.

The essence of the experiment is a half of above-plan customs revenues will be earmarked for the development of roads.