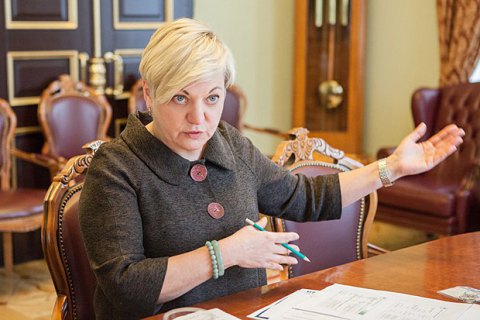 The railway blockade in Donbas can seriously hamper the GDP growth in Ukraine and increase pressure on the hryvnia, the Governor of the National Bank Valeriya Hontareva said on 2 February.

"Under the worst case scenario, Donbas blockade until the end of the year will worsen the economic growth rate by 1.3 percentage points down to 1.5%. In this case, steel exports will drop while coal imports will increase. This, in turn, will exert pressure on the interbank market by worsening the balance by 2 billion dollars," she said.

Foreign currency earnings from metallurgical enterprises at uncontrolled territories make only 3% of the interbank market, but the involvement of these companies in the long production chains may have a detrimental effect, the chief banker said.

A prolonged blockade will lead to a definitive break of the chains of production and the supplies of finished products. As a consequence, the output of steel products and coke would fall, as would the performance of mining and power sectors.

In view of the increased risks, the National Bank said it will lower the discount rate and keep it at the level of 14% per annum.