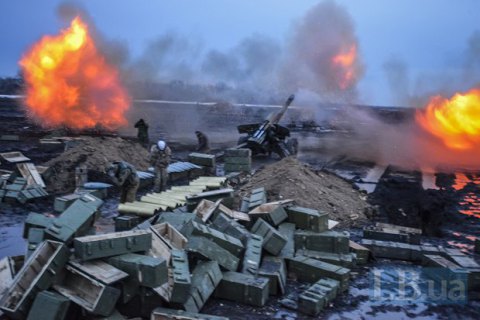 On Wednesday, 1 March, Russia-backed separatist forces 118 times shelled the positions of ATO troops in Donbas. One soldier was killed and nine were wounded, the ATO headquarters reported on 2 March.

An IFV shot at Krymske.

On 28 February, militants carried out 117 attacks against the positions of Ukrainian troops in the zone of the antiterrorist operation in Donbas, killing two and wounding two more Ukrainian troops.