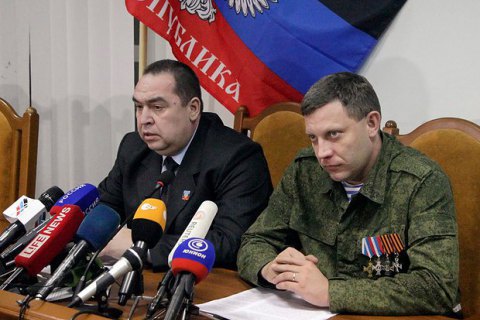 The leaders of the militants in Donbas have said they will stop coal supplies to government-controlled areas as of 1 March if the railway blockade continues.

"Unless the blockade is not lifted until 0:00 on 1 March, we are going to impose external management on all enterprises under Ukrainian jurisdiction, working in the Donetsk and Luhansk people's republics [DPR and LPR respectively] and will stop supplying coal to Ukraine," DPR leader Oleksandr Zakharchenko and LPR leader Ihor Plotnytskyy said in a joint statement published by the separatist media on 27 February.

"We will rebuild all the production processes and reorient them to the market of Russia and other countries, which was one of our first programme commitments when our republics were proclaimed."

They say the blockade is a breach of the Minsk agreements and a proof of "the inability of the current government of Ukraine to take care of its citizens."

On 25 January, a group of about 50 camouflaged individuals accompanied by several Ukrainian MPs began blocking the movement of trains between the occupied territories of Luhansk Region and mainland Ukraine to stop trade with pro-Russian militants. The blockade affected anthracite supplies vital to Ukraine's metal and heating plants.

To date, the activists have blocked three railway lines (near the station Svitlanove in Luhansk Region, and Bakhmut and Kryvyy Torets in Donetsk Region).

Ukraine has declared a state of emergency in the energy sector.