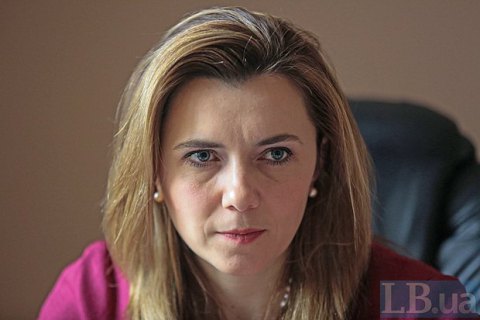 Ukraine's losses from the economic aggression of Russia hit 1bn US dollars in 2016 alone, Deputy Minister of Economic Development Natalya Mykolska said in an interview with LB.ua on 7 March. Ukraine has already opened two disputes against Russia in WTO: about the ban on the exports of wagons and railway equipment from Ukraine to Russia, and about the ban on the transit of Ukrainian goods across Russia.

The Ministry of Economic Development has already prepared a legal position for the third dispute against the restriction of imports of food and some industrial goods from Ukraine to Russia.

"For example, it concerns the alleged non-compliance of our food packaging or the dangerousness of our cheese or wallpaper – and that's despite the fact that we export them to all European countries," said Mykolska, who is also a trade representative of Ukraine.

According to her, after consideration of the dispute in the WTO and in case of Russia's refusal to comply with the WTO decision, Ukraine will have the right to legally step up adequate measures to restrict the supply of goods and services from Russia to Ukraine, or slap Russia with additional import duties to compensate for the damage. By the time of the passage of all procedures in the WTO, the amount of losses can exceed 1bn dollars.

Mykolska said that Ukraine is not going to restrict the transit of Russian goods through Ukraine because it could harm third countries. Such transit restrictions can only be introduced in the interests of national security and would require a decision of the National Security and Defence Council, not just a government resolution.

Russia started a trade war against Ukraine before 2014 under President Viktor Yanukovych.