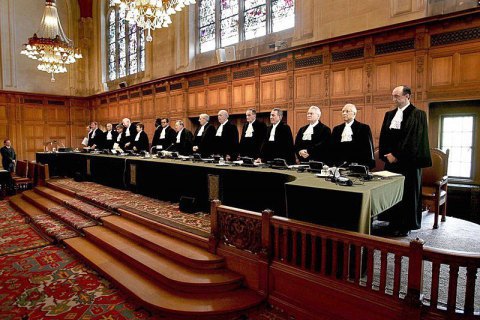 Ukraine's Deputy Foreign Minister Olena Zerkal has said she is convinced that the UN International Court of Justice will decide in favour of Ukraine in the consideration of a claim against the Russian Federation.

Responding to a question regarding the timing of such a decision, the deputy minister said that it would depend on how "the court procedurally determines the time they need to make a decision."

"In the case of Georgia it was fairly fast - they have ruled on provisional measures within three weeks. Given that we question the implementation of two conventions, it may take a little longer," she explained.

Zerkal stressed that the impending decisions of the court are binding for all parties.

"Russia, of course, can do whatever it sees fit, even to call white black. For Ukraine, this will be the first legal confirmation of the Russian obligations to comply with both Conventions and the Court's decision. The violation of these obligations will assign Russia to another club – the club of countries which do not honour any international law or a court decision. And that's quite another kind of relations," she said.

Previously, legal experts would say that the decision in favour of Ukraine could legally fix the financing of terrorism and the facts of racial discrimination and provide for a series of compensations to victims, but would not resolve the problems of Russia's responsibility for the armed aggression in eastern Ukraine and Crimea.

The Hague tribunal has begun scrutinizing the evidence of Russia's military crimes in Donbas in April last year.