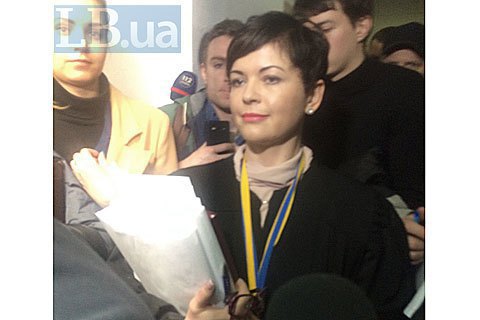 Kyiv's Solomyansky district court at around 11:00 began consideration of the motion to recuse the judge Oleksandr Bobrovnykov who had to warrant on preventive measure of restraint FOR the head of the State Fiscal Service Roman Nasirov.

Nasirov's period of pre-trial detention expired at 23:50 on 5 March but he had to spend the night in the building of Solomenskiy court, which is blocked by protesters who demand his arrest and fair trial.

National Anti-corruption Bureau said the investigators believe that in 2015-2016 Nasirov acted in the interests of MP Oleksandr Onyshchenko by allowing local SFS agencies to unlawfully reschedule tax debts due to be paid by three firms affiliated with Onyshchenko.

On March 4, a judge in Solomyansky district court Oleksandr Bobrovnikov postponed the bail hearing on Sunday because not all the defenders of Nasirov had time to get acquainted with the case.

On the next day, Nasirov defense motioned the recusal of the judge, again blocking the custody hearings. On Sunday, the court did not have a reserve judge to consider the recusal of Bobrovnykov.

Update. Judge Bukina denied the recusal of the judge.