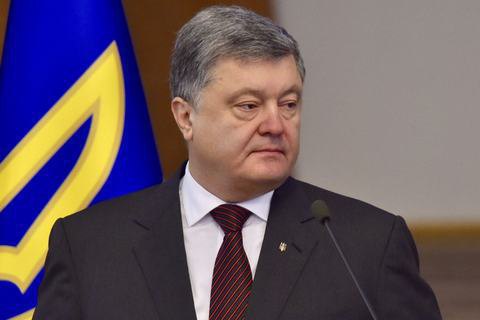 President Petro Poroshenko said he would not allow destabilization of the situation in Ukraine.

"My priority is to ensure political conditions for the improvement of economy and the conduct reforms, while someone wants to rock the boat," the president said on 3 March during his visit to Kharkiv.

"Someone wants to hit the streets waving flags and scanting 'Get out'. Why? Because they cannot work. In their lives, they have not built as much as a dog kennel, but they dare to call for the destabilization in the country. We have different paths to follow," Poroshenko stressed as commentedon the recent protest rally in the capital.

On February 22, Ukrainian nationalists rallied in front of the Verkhovna Rada, where the leaders of the rightist parties announced an ultimatum to the government.

The ultimatum contained seven demands: stop the privatization of strategic enterprises; stopping the sale of agricultural land; stop the spiralling up of prices and utility tariffs; stop the destruction of small and medium-sized businesses, revision of the taxation system; no to raising the retirement age and pensionable service; recognizing the uncontrolled areas in Donbas as occupied territories; and termination of diplomatic relations with Russia.

If the government fails accept the demands, the parliament will "dissolve itself", said the leader of the National Corps Andriy Biletskyy.

According to various estimates, 7 to 10 thousand people took part in the march of the rightist forces.