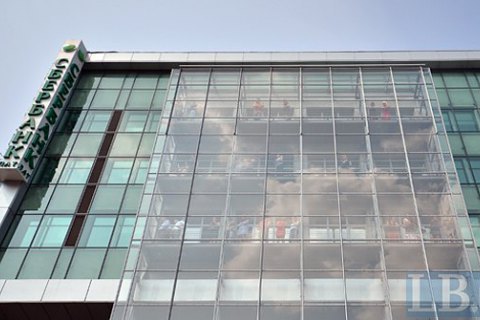 The prosecutor's office of Kyiv said that Sberbank demanded the repayment of a debt under a 2011 loan agreement concluded between the bank and the state enterprise Donetsk railways that is now in the process of liquidation.

The prosecutor's office of Kyiv found the bank's arguments groundless and requested the dismissal of the claim.

The prosecutor's office does not specify the date of the ruling, but the Unified Register of Court Decisions says that the hearing on the case was held on 13 March.

According to the National Bank of Ukraine, as of 1 January, it ranked sixth among 93 banks operating in the country, with its assets reaching 48.356bn hryvnyas.