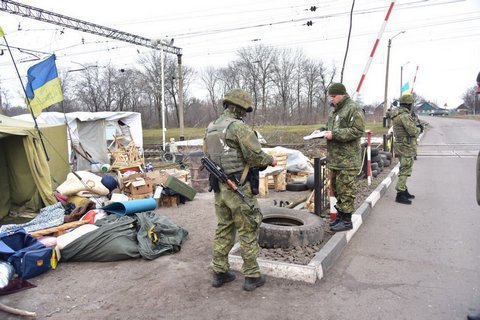 The police of Donetsk Region have released all the detained participants in the railway blockade of the occupied territories in Donbas, Donetsk regional police chief Vyacheslav Abroskyn has said on Facebook.

"By the morning, [45 people detained on 13 March] have been released from custody, none of them has been hurt," he said.

Abroskyn posted a video where one of the detainees, a resident of Zhytomyr Region, previously convicted of murder, claimed that the participants in the blockade were paid 400 hryvnyas [15 dollars] per day.

The HQ of the "Blockade of Trade with Occupiers" reported on 13 March that its "redoubt" of the 16th volunteer battalion in Kryvyy Torets, Donetsk Region was stormed by the SBU officers and the special police force KORD.

Previously, a group of SBU operatives arrived in Kryvyy Torets, disarmed the blockade members and detained them.