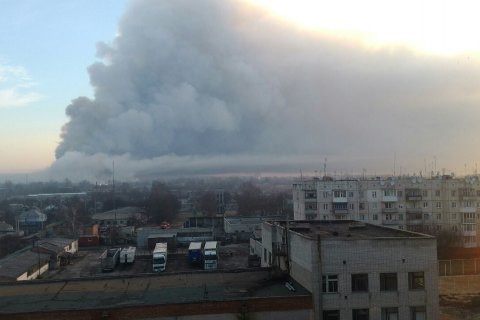 Around 20,000 people have been evacuated from the zone of the impact of ammunition which is exploding at the Balakliya depot in Kharkiv Region, the State Emergencies Service has said.

"Given the possibility that the ammunition detonation areas may increase and fragments of ammunition may scatter, an evacuation of the local population has been organized from Verbivka and Yakovenkove," he said.

"Almost all the explosions occur within the technical territory of the depot," the report said.

Prime Minister Volodymyr Groysman said he was flying to the emergency site.

Balakliya has the population of 32,000 people.

No human casualties have been immediately reported.