The office of the the capital's municipal road agency Kyivavtodor was searched by law enforcers, the press service of the corporation said in an urgent release on Wednesday, 22 March.

"The officers of the Prosecutor-General's Office and the Security Service for unknown reasons are conducting investigative actions in the headquarters of the municipal corporation Kyivavtodor. The work of company is partially paralyzed," the company said on Facebook. 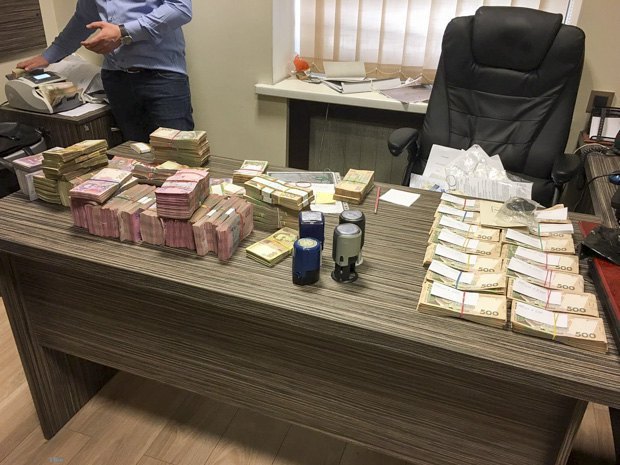 In their turn, PGO and SBU said they suspected that Kyivavtodor officials have misappropriated "hundreds of millions of hryvnias", allocated from the state and municipal budgets for the construction and repair of roads, thoroughfares and adjacent areas.

According to the investigation, the leaders of Kyivavtodor, in collusion with the businessmen during the tenders bought materials and works at significantly overstated prices. The money was further transferred to fictitious firms, converted to cash and appropriated by the organizers of schemes. In 2016 alone, the suspects have transfered the accounts of fictitious structures and appropriated almost 300 million hryvnia.

During a series of searches in the offices of Kyivavtodor, contractors and places place of residence of the suspects, the SBU's officers have seized the documentation confirming the illegal operations, rough records, computer equipment, seals of commercial structures involved in transactions, and almost 4 million hryvnia of shady origin.

Kyivavtodor is responsible for the maintenance of over two thousand metropolitan streets with a total length of 1,667 km, sidewalks, pedestrian crossings, bridges, storm drainage system, etc.

The Kyivavtodor CEO Oleksander Hustelev resigned in early March in connection with the collapse of a bridge in Kyiv's Shulyavka.