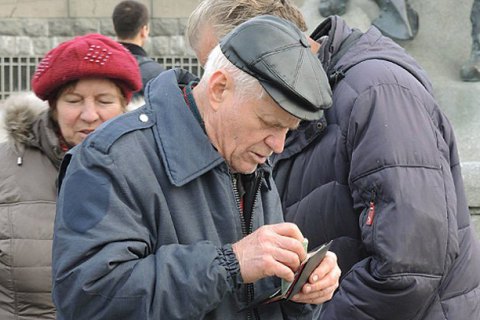 The Pension Fund of Ukraine has transferred 11.5bn hryvnya to pay pensions to internally displaced persons (IDP) last year, a dramatic reduction over 29.4bn in the previous year.

In a report of the head of the PFU Andriy Zarudnyy said that 1.278 million pensioners lived in the uncontrolled territories as of August 2014.

In 2016, all migrant pensioners were made to receive payments through Oschadbank. Migrant pensioners were subjected to ongoing verification, including through the introduction of electronic pension cards. Ukraine ceased the payment of pensions to those who have not timely applied for the restoration (confirmation) of their right to pension payments in the territory, controlled by Ukraine.

The Pension Fund does not have accurate data on the number of pensioners on uncontrolled territory, including those who have died or left for other countries.

Ukraine does not pay pensions and social benefits to the residents of occupied territories of Donetsk and Luhansk regions. To receive them, residents need to go to the territory controlled by Ukraine and permanently reside there. In practice, however, some of the "DPR" and "LPR" residents register in Ukraine but return to their permanent residences in the uncontrolled territories.