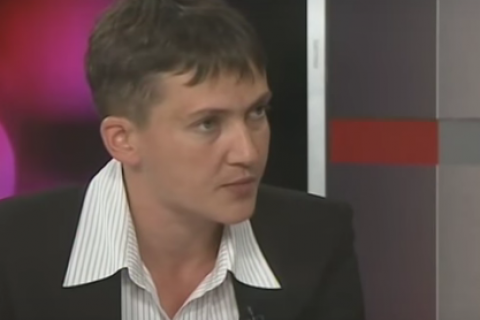 During an appearance on NewsOne TV channel on Tuesday, 21 March, Savchenko answered a telephone question from a woman from Krivyy Rih.

"Nadya, why does not anyone say what people say? I stood at a bus stop and heard an old woman saying what has been written in the Bible: there was a Tatar-Mongol yoke, there was a Polish yoke for Ukraine, and now its Jewish yoke. Why do you keep mum about it?" the viewer asked.

Savchenko replied: "Yes, thank you, a good question. If the people are talking about this, it must be the truth. And yes, we have the people at the power with, let's say, non-Ukrainian blood. We can talk about that, we should think and act!"