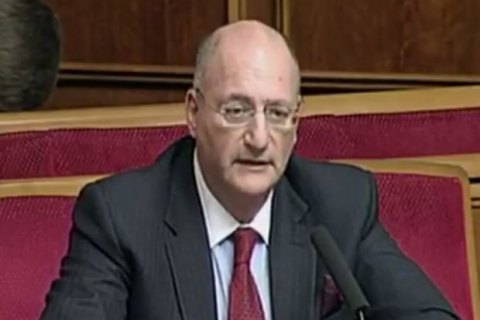 The Verkhovna Rada on Tuesday refused to appoint Nigel Brown as member of the commission for the independent external evaluation of the effectiveness of the National Anti-Corruption Bureau of Ukraine.

During the rating vote, the candidacy of American Robert Storch was supported by 178 deputies, while Nigel Brown garnered the backing of 202 deputies. The speaker Andriy Parubiy suggested that Brown should be appointed a member of the audit committee of the NABU, but only 200 deputies voted for him.

The Verkhovna Rada Committee on combating corruption must reconsider the situation and determine further course of action.

The Rada's anti-corruption committee initially introduced the candidature of Robert Storch, deputy inspector general of the US Department of Justice.

However, on February 23 the pro-government factions BPP and People's Front moved forward an alternative candidate - British private detective Nigel Brown instead of Storch.

On March 16, the anti-corruption committee behind the back of its chairman, Yehor Sobolev, officially nominated Brown for the parliament's consideration.

Some deputies view Brown as a government's pocket candidate who will ensure its control over the NABU, as this audit commission can initiate the dismissal of the Bureau's Director Artem Sytnyk.