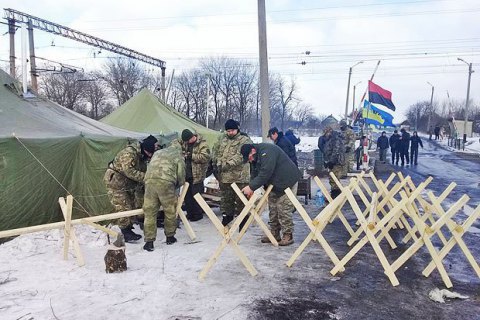 The National Bank of Ukraine has amended its macroeconomic forecasts due after the temporary suspension of movement of goods across the contact line in Donbas.

In a release on 21 March, the NBU said the greatest impact Ukraine's economy will feel this year will be due to rupture of production chains and the delivery of finished products.

"As a result, the rate of economic growth in 2017 may be lower than in the January forecast by 1.3 percentage points, as a result of the trade blockade. This impact will be mainly offset by other factors, primarily - a more favorable price environment on foreign markets (metals, iron ore, cereals) than previously forecast. The net positive effect on economic growth from the favorable situation on foreign markets will be approximately at 0.4 pp. Thus, taking into account the impact of the blockade and favorable export conjecture, the National Bank revised the previous forecast of economic growth in 2017 from 2.8% down to 1.9%," the NBU said.

The effect of the blockade on the national currency will be limited. The deterioration of the situation with the balance of payments will primarily lead to a reduction in the purchase of currency in the market for replenishment of reserves. In this regard, the NBU worsened the forecast of international reserves in 2017 from 21.3bn dollars to 20.8bn dollars. The forecast of 2018 reserves also worsened from 27.1bn to 25.9bn dollars.

The NBU provided its economy outlook to the International Monetary Fund for review.