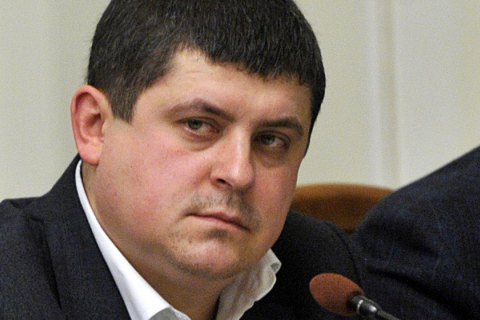 Russia has withdrawn from the Minsk talks and is preparing to escalate the conflict, as evidenced from constant shelling, refusal to pull out troops and nationalization of Ukrainian assets in Donbas, the leader of the People's Front faction, Maxym Burbak, stated during a meeting of the Coordination Board in parliament on 20 March.

"Russia has deployed submarines with cruise missiles in the Ukrainian Crimea. Russia threatens to deploy nuclear weapons in Crimea and is going to create infrastructure for this in the territory of the peninsula. This is a challenge not only to Ukraine, but also to NATO," Burbak stressed.

He stressed that the establishment of training camps in Crimea, the accumulation of manpower and equipment is clearcut indication that the Kremlin is preparing for hostilities.

"Russia sees one way to resolve the conflict - the military. Ukraine, as a member of the UN Security Council, should initiate meetings and demand consultations within the framework of the Budapest Memorandum," Burbak said.

He his faction supports the NSDC decision to halt the movement of goods to the occupied territories of Donbass and requires sanctions against European parliamentarians who have recently visited Crimea.

"Popular Front will further support all decisions aimed at extending sanctions against the aggressor. We hope that strict but fair sanctions will be imposed on parliamentarians from Europe, Latin America and the CIS who have recently arrived in Crimea," the MP said.