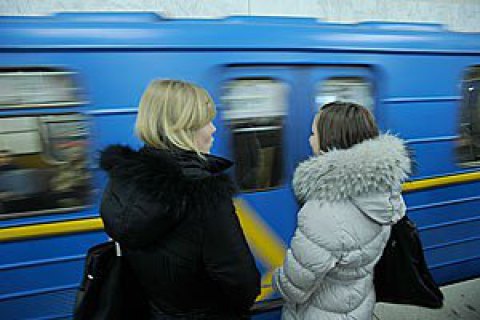 Acting on a court's decision, bailiffs have arrested the accounts of the city-owned company Kyiv Metro operating its subway system, the company's CEO Viktor Brahinskyy told a city council session on 23 March.

"Accounts have been arrested since 16 March, and the work of the company is at risk," he said.

As reported on the Kyiv Metro website, city mayor Vitaliy Klitschko urged Kyiv councillors to call on parliament, the Cabinet of Ministers and the Security Service of Ukraine (SBU) to raise the issue of Kyiv Metro's debt with the National Security and Defence Council, as the current situation puts the city's subway system at risk.

"We are forced to pay old debts that someone has made," mayor Klitschko was quoted as saying on the website.

The arrest of the accounts has to do with the company's debt to Ukrrosleasing, a company controlled by Russia's Vneshekonombank.

In July 2009, Ukrrosleasing won a tender to supply 100 subway cars into leasing by the Kyiv subway in 2009-14. The subway cars were purchased on an EBRD loan. The amount of the contract (including the schedule of leasing payments) was 1.391bn hryvnyas (including the cost of cars at 800m hryvnyas). From 2010 to 2013, the debt grew up to 2bn hryvnyas.

Last May, Kyiv's economic court considered Ukrrosleasing's lawsuit and prohibited the Kyiv Metro from using these 100 cars but lifted the ban a few days later.