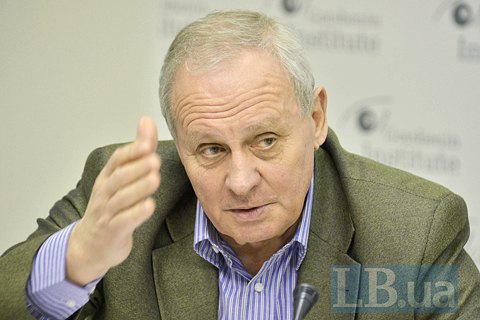 Last year, Ukraine has spent 30bn hryvnia on imported fertilizers, two thirds of which could have been manufactured by domestic industry, the president of the Union of Chemists of Ukraine, Oleksiy Holubov, told a round table at Gorshenin Institute on Friday, 24 March.

"Over the past year, Ukraine has imported 1.495mn tons of nitrogen fertilizers, 1.399 million NPKs and some 368,000 ammophos worth 30.5bn hryvnia, according to conservative estimates," he said.

Could such a wastage be avoided? Yes, it could. We could totally replace 1.495 million with our fertilizers and save the country's 12bn hryvnia. We would supply 900,000 tons of NPK to save about 9bn hryvnias, so do the math. 21bn hryvnya of the total 30bn, that's what would be saved to wpay axes, wages, etc," Holubov said.

He stressed that 70% of this import came from Russia.

In a situation when all the money goes abroad, two large plants in Rivne and Cherkassy are on the brim of being halted.