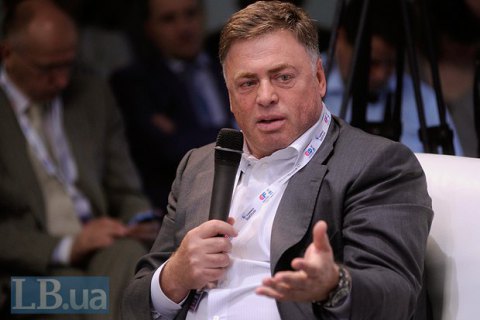 People's deputy Anatoliy Hirshfeld, who is on the committee on industrial policy and entrepreneurship, urges a stronger protection of the domestic producer.

"Whatever they say about stabilization and the beginning of economic growth, these are absolutely insufficient factors to resolve a set of problems that have accumulated in the economy over the past four to five years," Hirshfeld told a round table in Gorshenin Institute on 24 March.

"In fact, Ukraine needs to move from the raw-material structure of economy to high added value. On the other hand, Ukraine has 40 million residents, that is, commodity enterprises that create jobs should be preserved, otherwise our country would fail to feed its population."

In his view, Ukraine in 2017 should identify national projects that can serve as locomotives, and create preferences for the domestic producer.

"We will have to impose nothing less than the martial law in the industry, to focus on real protectionism and preferences for domestic producers, inventory of industries that can be competitive in the external and internal markets," the deputy said.

Hirschfeld also expressed the opinion that Ukraine needs a government agency that would specialize in industry.

"We do not have a ministry of industrial policy, that is, we have no vertical that should be the champion of change," he said.