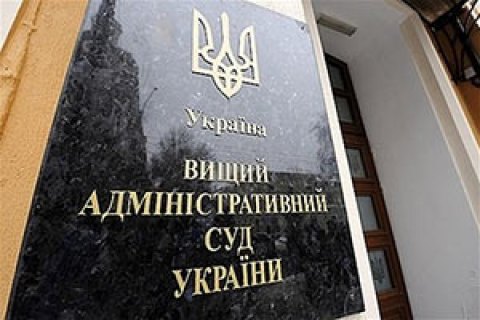 The case was reviewed by a panel of judges headed by Oleksandr Donets.

The Chairman of the High Administrative Court Oleksandr Nechytaylo said it was the first decision of the court in a series of claims of judges who have sanctioned arrests of Euromaidan activists, and who were dismissed by the parliament in September 29, 2016 for the violation of the oath.

In most cases, the High Administrative Court has suspended the consideration of this category of cases pending the decision of the Supreme Court regarding the legality of petitions by the High Council of Justice regarding the dismissal of Euromaidan judges.

Last September, Verkhovna Rada dismissed 28 judges for the violation of oath and one judge of the High Economic Court within the lustration process.