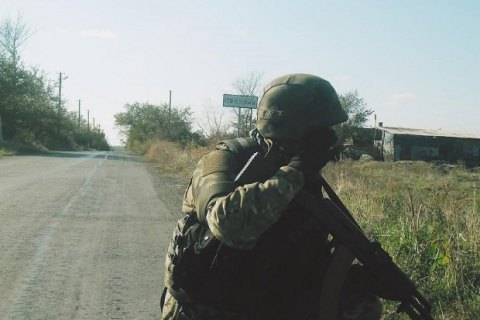 Photo: Courtesy of the author

"From 10.00 to 20.45, the units of the Russian terrorist troops violated the 'silence regime' 25 times. In various sectors, the enemy was observed to use artillery, mortars, infantry fighting vehicle guns, grenade launchers of various systems, heavy machine guns and small arms," the ATO HQ press centre said on Facebook.

Enemy snipers were active near Pavlopil, Novotroyitske, Vodyane and Talakivka. At around 17.00, the militants pounded the strongpoints of a Ukrainian mechanized brigade near Avdiyivka with 120-mm and 82-mm mortars, grenade launchers of various systems and heavy machine guns.

The ATO HQ said that 49 militant attacks had been registered since the start of the day.