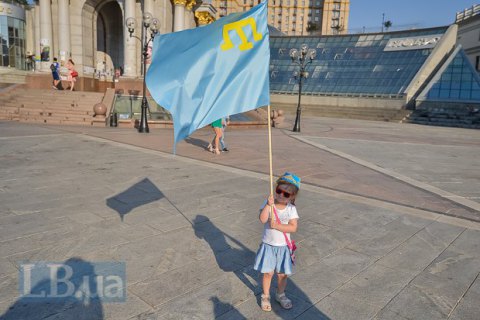 The Russian occupation authorities in Crimea have forcibly detained eight Ukrainian nationals of Crimean Tatar origin in Bakhchysaray, the press centre of the Ukrainian Foreign Ministry has said.

Two Ukrainian nationals, Seydamet Mustafayev and Midat Muzhdabayev, whose houses were searched, are suspected of extremist propaganda. Six others, who observed the illegal searches, are suspected of violating a procedure on holding rallies or assemblies.

"Ukraine is outraged by the Russian occupation authorities consistently escalating the practice of political reprisals and persecution against ethnic communities, including Crimean Tatars, on the temporarily occupied territory of Crimea," the Foreign Ministry said in a statement.

The Foreign Ministry described the detentions as manifestations of the intimidation policy carried out by the Russian authorities to stem dissent and opposition to the illegal occupation.

The Foreign Ministry called on the international community to step up pressure on Russia to secure an immediate release of the detainees and put paid to human rights abuses in Crimea.