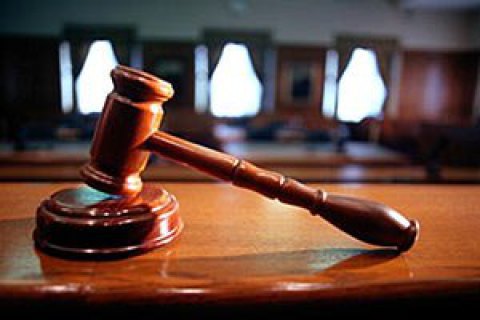 On 8 May, Kyiv's Administrative Court of Appeal dismissed the appeal of the Ministry of Energy and Coal Industry against a lower court decision that voided the Ukrainian government's refusal to allow the company Yuzgaz BV (the Netherlands) to participate in the Production Sharing Agreement (PSA) on the Yuzivka Field (Kharkiv and Donetsk regions).

The court ordered the cabinet "to continue considering the request of Yuzgaz BV and Nadra Yuzivska Ltd, dated 4 August 2016, on obtaining consent to cede the share in the PSA."

Article 26 of the Law On Production Sharing Agreements stipulates that the absence of any response from the Cabinet of Ministers upon expiry of the 90-day period from the receipt of the request (this date expired on 2 November 2016) shall be automatically deemed as consent to the cession of a share in the PSA, Ukrainian News reported on 12 May.

Ukraine's cabinet on 2 November 2016 denied Dutch Yuzgaz BV in the participation in the PSA on the Yuzivka Field. The company appealed against this decision, and on 20 March, the Kyiv District Administrative Court ordered the cabinet to resume the consideration of the Yuzgaz application.

The Yuzivka Field was supposed to be developed by Shell before it withdrew from the project.

In late October 2015, Nadra Yuzivska Ltd, controlled by NAK Nadra Ukrayiny, announced a new tender to find an investor to develop the Yuzivka Field. Yuzgaz BV (Netherlands) was announced the winner of the tender in late July 2016.

The founder of the company is Emerstone Energy Investment Fund, part of Emerstone Capital Partners owned by businessman Yaroslav Kinakh. Kinakh was also the CEO of Iskander Energy, which planned to engage in the restoration of wells for the production of coalbed methane in Donetsk Region. In the 1990s he headed the representation of the European Bank for Reconstruction and Development in Ukraine.

The Yuzivka Field occupies the area of 7886 sq.km. is located in the Dnieper-Donetsk oil and gas basin in Donetsk and Kharkiv regions. According to the estimates by Nadra Ukrayiny, the potential of the field exceeds 3,000bn cu.m. of reference fuel, and the base scenario for its development envisages reaching an annual production of 10bn cu.m., or 20bn cu.m. by optimistic estimates.