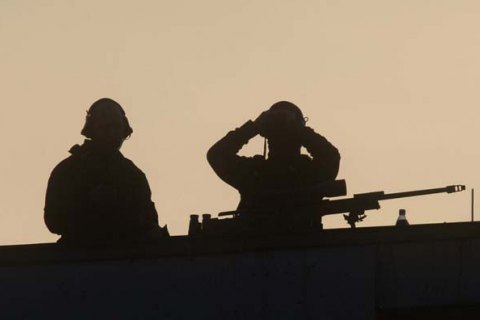 On 11 May, two Ukrainian servicemen were killed and six wounded in Donbas hostilities, the antiterrorist operation (ATO) HQ has said.

The Russia-backed separatist troops 53 times opened fire on the positions of the ATO forces, mostly from 18.00 to midnight.

In the Donetsk sector, the enemy fired on the ATO positions near Avdiyivka and Luhanske from small arms, grenade launchers, and 120- and 82-mm mortars. Militants fired grenade launchers of various systems and small arms on the ATO strongpoints in the area Pisky, Novoluhanske and Novhorodske. Mayorske and Verkhnyotoretske were under the fire of IFV weapons.

In the Luhansk sector, militants targeted Novozvanivka with automatic grenade launchers, and Valuyske with small arms late at night.

In the maritime (Mariupol) sector, the positions of the ATO forces on the approaches to Mariupol near Shyrokyne, Vodyane, Hnutove, Chermalyk and Pavlopil repeatedly came under fire. Militants mainly used small arms, grenade launchers of various systems and IFV weapons. The same range of armament plus 82-mm mortars was used in the area of Maryinka. In addition, enemy snipers were active near Maryinka and Lebedynske.

Yesterday, one Ukrainian bomb disposal expert was killed and another injured during mine clearance efforts.