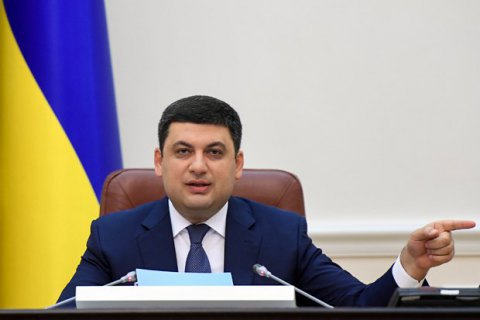 At a Cabinet meeting on Wednesday, 31 May, Groysman stressed that reporting on the implementation of Eurointegration plans will be reviewed on a monthly basis.

"Each ministry has its own set of tasks to implement the AA provisions. I appreciate you all, I'm ready to help everyone, but if the "pulse" of the agreement shows that one of you and your ministries are falling behind the timetable, I, medically speaking, will give you a lot of heartache," Groysman said as quoted by his press office.

The prime minister instructed the Cabinet to scrutinize the schedule, plans, areas of responsibility, and the entire legislative base that needs to be amended.

He also said that a special office of the Vice Prime Minister for European and Euro-Atlantic Integration of Ukraine was created to monitor the implementation of the agreement.

"The agreement will be fulfilled, there is no doubt here, the only question is how effective and fast," Groysman stressed.

The Senate of the Netherlands approved on 30 May the ratification of the Ukraine–EU Association Agreement.

Since 2014, the agreement has worked in a temporary mode. The bureaucratic formalities for the final entry into force of the treaty are expected to be completed by July 13.