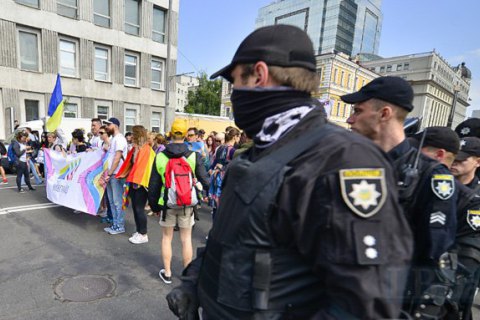 Six people who attempted to break through the police cordon were detained, the Kyiv police have said.

Among the detained is Kyiv city councillor Volodymyr Nazarenko from the far-right Freedom party.

Kyiv police chief Andriy Kryshchenko said that charges were unlikely to be pressed.

“There were some clashes with police when we were separating individuals taking part in the Kyiv Pride and their opponents. Some put up resistance to police. There were taken to a district police station. But there were no serious offences or resistance,” he said.