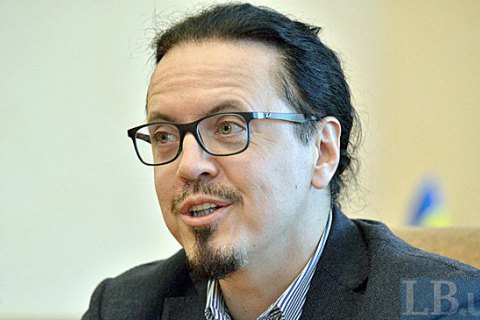 Ukrainian national railway operator Ukrzaliznytsia (UZ) believes that since the Cabinet of Ministers has not dismissed its COB Wojciech Balczun upon the expiration of his initial contract, it is automatically considered extended for another three years.

The Director of UZ legal department Andriy Omelchenko said on 21 June that this follows from the Ukrzaliznytsia charter which sets the term of office of the COB at three years, and the Labor Code of Ukraine (if a person's employment actually continues after the conclusion of the employment contract and neither of the parties requires its termination, then the contract is deemed extended).

Balczun's employment actually continues and none of the parties demanded its termination and the employer, the Cabinet of Ministers did not take any decisions on this matter, the contract of W. Balczun is formally considered extended until 5 June, 2019, UZ lawyer said.

Earlier, Balczun on Facebook has descibed his job contract with UZ as "pretty virtual" and said it can be terminated at any moment. At the same time, the head of UZ stressed that he has ther green light to continue working in Ukraine.

Infrastructure Minister Volodymyr Omelyan repeatedly said he would seek the dismissal of Balczun by the Cabinet. Despite the minister's position, the government has been refusing to hear Balczun's job report for three weeks to decide on his employment perspective.