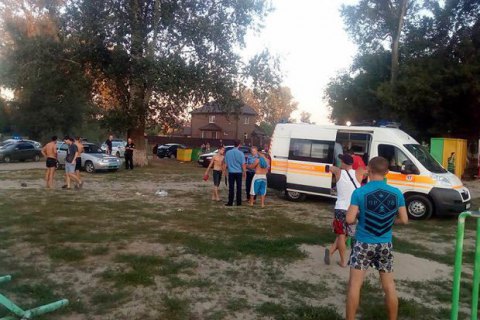 A man and a child were seriously injured on Thursday evening in a shootout at the river beach Dublyanshchyna in Poltava there was a gunfight. One injured died upon the arrival to hospital, local media reported.

Eyewitnesses report that a quarrel among the holidaymakers sparked the shootout with the use traumatic handguns and then a carbine (according to preliminary information, officially registered).

According to a police report, one of the gunmen, a 22-year-old resident of Poltava, was detained after he fled the scene in his car.