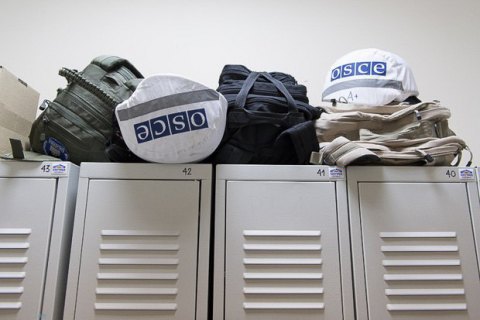 The number of OSCE Special Monitoring Mission (SMM) members from Russia and its satellite states has seen a notable increase over the past year, the first deputy speaker of the Ukrainian parliament and Ukraine's representative at the trilateral contact group on a Donbas settlement, Iryna Herashchenko, has said.

"Quite often the mission includes representatives of states which have special sentiments towards Moscow and sometimes they fail to notice obvious shooting attacks. Over the past year, by the way, the number of Russians in the OSCE SMM has doubled while Serbs and Belarusians have increased presence several times. We want to say that it is very important for everyone who works for the OSCE SMM to be unbiased and impartial during the implementation of their duties," she said in an interview with the TSN news studio on One Plus One.

She added that Ukraine appreciates the work of OSCE observers.

"These are unarmed civilians who work in difficult conditions, including on the occupied territory. Every day they risk to fall victims to aggression, misunderstanding or even assault," she said.

The OSCE SMM was deployed to Ukraine on 21 March 2014 on the request of the Ukrainian government, which was granted by a consensus of all 57 OSCE member states.