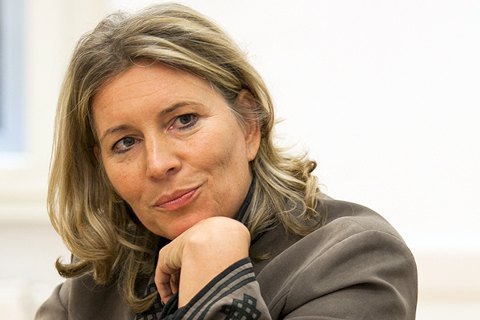 Ukrainian border guards have denied entry to MEP Krisztina Morvai, who was elected on the list of the nationalist Hungarian political party Jobbik–Movement for a Better Hungary, the press secretary of the State Border Service, Oleh Slobodyan, has said on Facebook.

"At around 3 p.m., employees of the State Border Service on the Hungarian border found and did not let into Ukraine a Hungarian politician whom the Security Service of Ukraine (SBU) barred until July 2019. MEP Krisztina Morvai of the Hungarian radical party Jobbik arrived at the Luzhanka checkpoint. During the passport check, border guards carried out the SBU's instruction," he said.

Slobodyan said that in 2014, Morvai visited the uncontrolled territories in Donetsk and Luhansk regions and expressed her support for the militant chieftains.